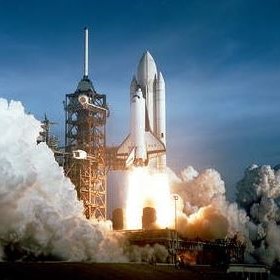 As a young engineer, I had the privilege to work on the design of the American Space Shuttle. Among other systems, I designed what became the urine dump system.

Years later the explosion of the Challenger Space Shuttle brought great sorrow to me. Perhaps you too remember that dreadful day.  If not, you’ve probably see the photos of the great Y in the sky as the pieces separated. But I found out that the morning of the Challenger launch, the engineers who had designed the solid propellant boosters phoned NASA, trying to cancel the launch.

“The seals are not designed for the temperatures on the launch pad this morning. The rocket could explode,” the engineers insisted. “You must postpone the launch.” But the managers at NASA didn’t listen to the engineers; they punched the button anyway. Five, four, three, two, one . . . BOOM!! Exactly what the engineers who designed the rocket said could happen, did happen.

You may think, How could anybody be so foolish as to not listen to the designers? But the NASA managers felt that they knew better, and we all remember the result.

Sometimes people’s lives seem to explode: relationships, finances, health. Trying to make sense of it, they may wonder, Why did this happen? Where did I go wrong? Unfortunately, many times they thought they knew better than God, the designer of life. He knows how to make life worthwhile, meaningful, and purposeful. Failure to listen to God’s warnings is frequently a cause of hardship. The Bible has given us some instructions that can prevent many explosions in life. However, for the Bible to protect us, it must be correctly interpreted. Please checkout our life skills book,  MTO Choices – Making Good Decisions